‘Is it a conscious decision by some wine writers to give over-inflated scores? In some cases I believe that it is. Their peers may laugh at them, but why should they care? The people who make and sell wine will be eternally grateful, especially in the current economic climate, when expensive wine is difficult to shift. Consumers want guidance, which is why high scores sell bottles. It’s only a guess, but I think we are going to see a lot more 100 pointers in the future. Whether the wines truly deserve it is another matter.’  Tim Atkin MW

My friend Jeffrey sent me an email this week about a wine dinner he enjoyed at the new Rockpool in Sydney, which he says looks and feels like a funeral parlour. One of the wines served by the importers who hosted the dinner was a 2010 Pontet-Canet, a fifth growth from Pauillac that has been improved dramatically since Alfred Tesseron took over in 1997.

Now this is way out of BWU$20 territory, but Pontet-Canet 2010 gets 100 points from Robert Parker, and it’s half the price of the 100 point Grange 2008 which got the same perfect score from the Parker camp. A genuine bargain, clearly. I mean we’re in rarified territory here, among greats like Château Latour, Le Pin, Cheval Blanc and Petrus who also got perfect scores, and well ahead of Lafite, La Mission Haut-Brion, Ausone and Mouton Rothschild on 98 points. P-C 2009 also scored 100.

Perfection at a bargain price?

All of the chateaux above sell at prices that far exceed that of our old Grange. So do we rush out and buy Pontet-Canet 2010 for that special occasion? I would advise caution, and here’s why: 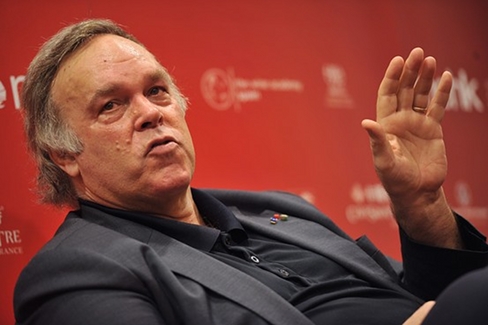 Parker has always loved huge, overripe reds, in France or Australia, and the winemakers of both countries have tried hard to please him.

Later picking – sometimes even after the Sauternes harvest in October – was becoming more common, according to Denis Dubourdieu, professor and director of general oenology at the university in Bordeaux, and manager of four family properties in Bordeaux.

‘There is a race towards concentration, to please many critics,’ he added. ‘I have been a consultant for 30 years; I have spent the first 20 years telling people not to harvest too early; in the last 10 years I have told them not to harvest too late.’

Jean Claude Berrouet, formerly at Petrus and now winemaking director for various estates in Pomerol, said in his 40-year career he has seen alcohol rise between 2 and 2.5 degrees. He argues that yeasts that produce less alcohol may be a solution, but he cautioned against the use of slower-ripening grape clones, because fewer clones would limit the potential variety of grapes in a vineyard. 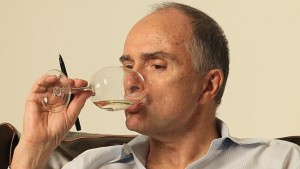 Australian wine writer Peter Scudadmore-Smith writes that ‘… many UK scribes are gratuitously praising the 2009 Bordeaux for their quality yet stepping around the fact that alcohol levels in most right bank merlots runs between 14.5 and 15.3 percent. Left bank cabernets are hitting mid-14s. The crazy issue is that big super-structured reds (low-crop, fully ripe tannins, near excessive oak handling) will not show their alcohol at the point of sale, as with en primeur when barrel samples are being handed around.

‘The real point to make with Bordeaux products is the longevity-wines are asked to have a reputation to age, and cash in with the secondary auction market. The sunny 2003 vintage is showing that pattern of jammy cabernets, and is not a vintage I embrace. Excessively ripe reds do not look good when they dry out – the alcohol factor becomes demeaning, and drinkability slips. The best examples are the early decade Parker-pointed cult Barossa shiraz which now look like dry ports, and have fallen from grace in the U.S. market to become humble drinks.

‘This writer sounds the alarm that UK writers are walking into the jaws of the unknown with unqualified, unstinting praise for the 2009s. That’s what hype does. And the wines have current poise and structure, but surely after venting many vocal English spleens upon Aussie reds the path would be very clear for the future.’

I love it – venting vocal English spleens upon Aussie reds … 15% is too much in any language, in any country. It turns fine wines into monsters. More HERE and HERE.